From October 8th, my new project, The Breath of History, is exhibited at Le Bel Ordinaire, Pau, during the Acces)s( Festival. The exhibition “Melting Point* le carrefour des internet)s(” is curated by J.J. Gay with Agnès de Cayeux and Thomas Cheneseau.

July 3rd to August 1st, 2017: we are in residency for our project Semiography, with art historian Chrystelle Desbordes, at the Maison du Consul de France, San Francisco, CA

Human Browser allows a human to embody the web. Actress Manon Kahle, who performed Human Browser in transmediale 2006, will be using the system anew, allowing the audience to experience an unusual competition between user and machine.

January 10-13, 2017: Chrystelle Desbordes and myself were invited by Dan Edelstein and Catherine Nicole Coleman to a workshop about FI:BRA (Toward a Humanistic Analysis of Research Networks), where we presented our project Semiography.

Stanford’s internationally-renowned Center for Spatial and Textual Analysis (CESTA) is a pioneering research hub, where they use and critique digital tools and methods to create new knowledge in cross-disciplinary humanistic inquiry.

From December 7, 2016 to February 7, 2017, I’ll be in California for our project Semiography #2 with Chrystelle Desbordes: we are laureate of the artistic residency Villa Medicis Hors les Murs 2016, The French Institute (CA, USA, 2016)

My installation WiFi-SM (2003-2006) has been restored by Stéphane Bizet and Morgane Stricot (PAMAL Prod) and is exhibited there. 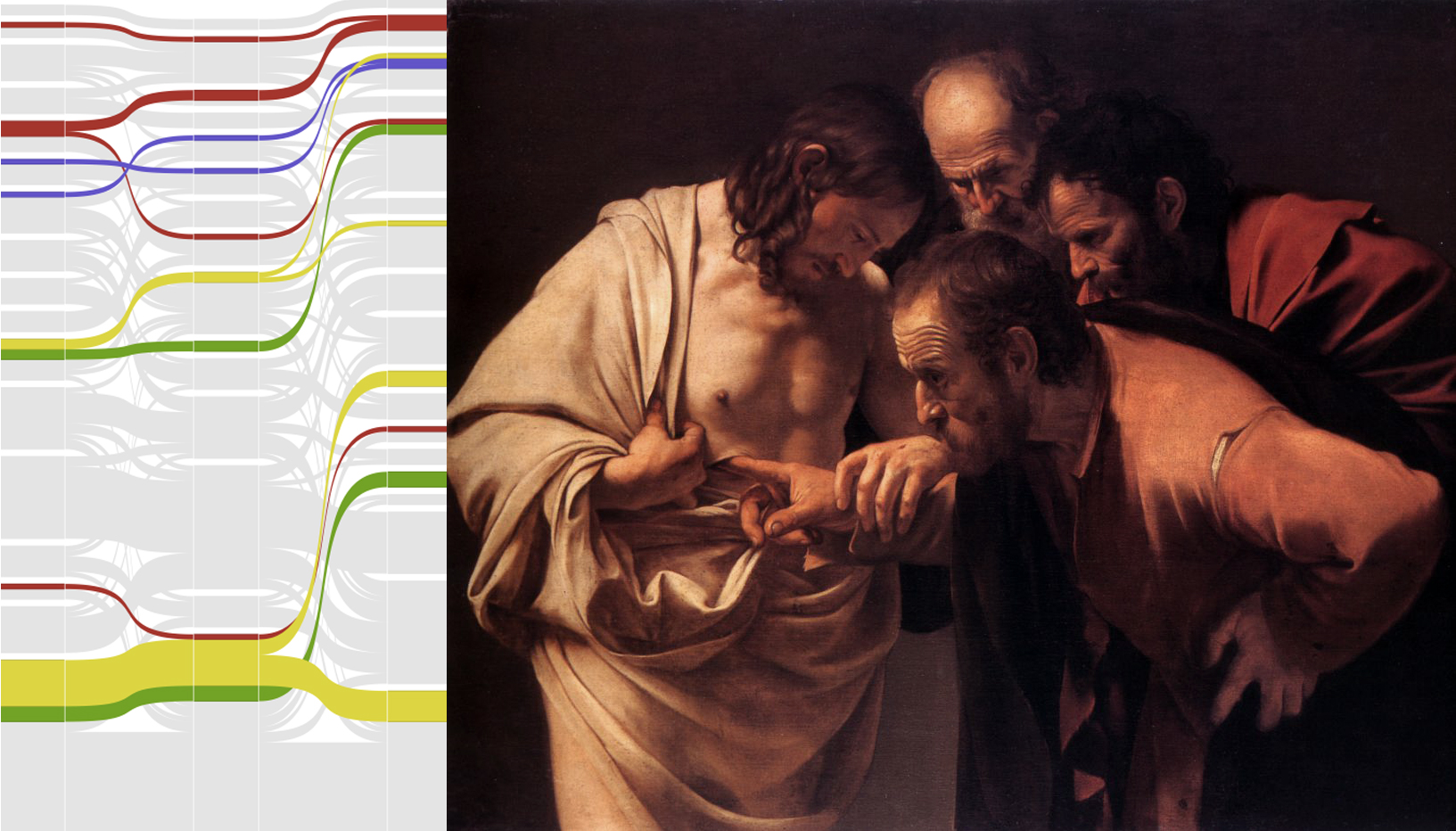 END_OF_DOCUMENT_TOKEN_TO_BE_REPLACED

The works shown in this exhibition of the internationally most relevant net artists belong to the collection of NETescopio, iniciated in 2008 and since then constantly developed by the Spanish Museum of Contemporary Art of Extremadura and Latin America – MEIAC, Badajoz. With NETescopio, the MEIAC is a pioneer in the availability of an Internet accessible art collection beyond the physical presence of the actual Museum. A selection of 120, partly no longer accessible, key works covers the panorama of net art production from the 1990s until today. This exhibition is in this sense a unique opportunity to gain an insight into the net art tendencies and their aesthetics. The main objective of the NETescopio archive, which makes also a historical classification of the collected works, is the preservation of the works, characterized by the incorporation of a large numbers of Spanish and Latin American net artists.

Post-digital research, Afterglow, Transmediale, Berlin: the event asks how to formulate research questions, research methods, and research dissemination under post-digital conditions. How does the post-digital become a research topic? How are research practices affected by the post-digital? How is research organised, visualised, and put into processes of management? And, how do we respond to this?

Following an experiment of performing research under such conditions, presented in the Peer-reviewed Newspaper Post-Digital Research, launched at transmediale, the participants will focus on systems of valorisation within research and the control mechanisms through which it is measured.

With an introduction by Christian Ulrik Andersen (Associate Professor at Aarhus University), artist Christophe Bruno will launch his new project Psycho-academic Dérive, an academic mapping of highly organized academic networks and citation patterns. Invited respondents will help to generate discussion around post-digital conditions of research, and understandings of how knowledge disseminates, and of possible ways to critically engage with this.

Video of the conference (my own talk is at the end of the video).

Information Tragedy, a new project in collaboration with Cécile Noguès, exhibited at Show-Off Paris, from oct 21th to 23rd, 2013.

Fascinum is an Internet installation that shows the pictures from the daily news that are the most viewed (ranked from 1 to 10) on different national Yahoo websites, in real time. The viewer surfs on the infotainment tsunami and experiences the paradoxes of global thinking in a blink.

END_OF_DOCUMENT_TOKEN_TO_BE_REPLACED

My piece Dreamlogs is featured in an article by Etienne Candel entitled “Miracles and mirages of self publishing. The case of Christophe Bruno’s Dreamlogs”, published in the French review Réseaux.

Abstract: In this article the author considers the concept of disfiguration, a process of transformation of the pagination, formatting and editorial characteristics of an on-line text, that is, what Yves Jeanneret calls its textualisation. The concept of disfiguration is used to highlight the semiotic impact of editorial enunciation on the Internet. The work studied here, the Dreamlogs of Netartist Christophe Bruno, subverts a canonic form of the blog in a practice of distorted self-publishing. It thus manipulates the Internaut’s cognitive routines and, by disfiguring the texts, questions the common practices of writing, reading and interpretation.

The project is inspired by Michel Foucault’s concept of heterotopia.

In opposition to the non-places of utopy, the heterotopies (literally: places of diversity), are defined by Foucault as “other spaces” capable to receive diversity and possibility, without disconnecting from the real world. Neterotopies are thus inserted in the media communication system, respecting its rules and limits, at same time attaching a new significance to advertising spaces.

Invited on Empyre – soft_skinned_space for March 2006. Guest are: Christophe Bruno (FR), Erik Kluitenberg (NL), Christiane Paul (US), Dirk Vekemans (BE), and as moderator/guest, Christina McPhee (US)

The topic, “Is modernity our antiquity?”, is proposed by Roger Beurgel, artistic director for Documenta 12.

“It is fairly obvious that modernity, or modernity’s fate, exerts a profound influence on contemporary artists. Part of that attraction may stem from the fact that no one really knows if modernity is dead or alive. It seems to be in ruins after the totalitarian catastrophes of the 20th century (the very same catastrophes to which it somehow gave rise). It seems utterly compromised by the brutally partial application of its universal demands (liberté, égalité, fraternité) or by the simple fact that modernity and coloniality went, and probably still go, hand in hand. Still, people’s imaginations are full of modernity’s visions and forms (and I mean not only Bauhaus but also arch-modernist mind-sets transformed into contemporary catchwords like “identity” or “culture”). In short, it seems that we are both outside and inside modernity, both repelled by its deadly violence and seduced by its most immodest aspiration or potential: that there might, after all, be a common planetary horizon for all the living and the dead.”

This topic is one of three leitmotifs to be brought into a world wide discussion that will occur throughout 2006 in advance of Documenta 12, in 2007. Documenta, the festival of art that occurs every five years in Kassel, has invited all of us at the -empyre- list to participate in a formal discussion around three questions, or leitmotifs, throughout this year. This month is the launch of our participation in this project, which will continue in July and November 2006, again with topics selected by the Documenta team. All over the world, some seventy online and print journals will initiate dialogue around three core questions; the results will integrate into Documenta 12 itself next year in Kassel ( 2007). -empyre- ’s archives for this month will find their place in print and / or online with the Documenta Magazine project in 2007 when the festival opens.

Watch the video broadcast on LeMonde.fr

This piece is a wireless Google hack : as I enter keywords in a Wi-Fi pda, to briefly describe the actor’s context, a program on a laptop uses these keywords as search strings in google. Then the laptop sends a text-to-speech audio of the search to an actor who then repeats what he’s getting via the headphones.

“As a new epidemic of Turing Syndrome is spreading in France, unable to decide of its own future, the Human Browser offered to help the nation. During a few hours, thanks to its brand new Wi-Fi connection and its amazing ability of real-time Web-mining, the Human Browser tried to invest on language derivative by-products, in a deflationary global semantic market.“

GogolChat awarded at Machinista 2003, category: machine as the artist’s co-author.

« (…) Another net based project in search of our relationship towards images as a cultural code, more humourous, yet at the same time deeply philosophical, is Christophe Bruno’s Non-weddings which makes use of the ubiquitous Google-apparatus as a search-engine. It employs this tool for a net-based dyptich that is based on the supposed dualism of two keywords that serve as a search tool. The play is, as the author states, on the linguistic set of signifier and signified, on a secondary level on the reading of this set by Jacques Lacan, and on a third level on the friction between language and a mere trace of an image that is only in some arbitrary way related to the search word. Deconstruction, here, is coined “non-wedding”, i.e. the matching of things that do not belong together. The friction is the infinite source of “jouissance”, as the French theorist says. We rejoice in the multiple shifts of meaning that occur between a preconceived notion of a term/image relation and the non-wedded results. We begin to wonder how a term can possibly be related to an image at all. »